This guide will help you capture, edit and share 360° content using equipment available in the Experience Lab. Your content can be viewed both on traditional devices and in VR (Virtual Reality) headsets.  360° content has a wide range of teaching and learning applications through immersive storytelling. Some examples include virtual field schools, historical site tours, broadcast journalism, interior design, museum tour and new world exploration. 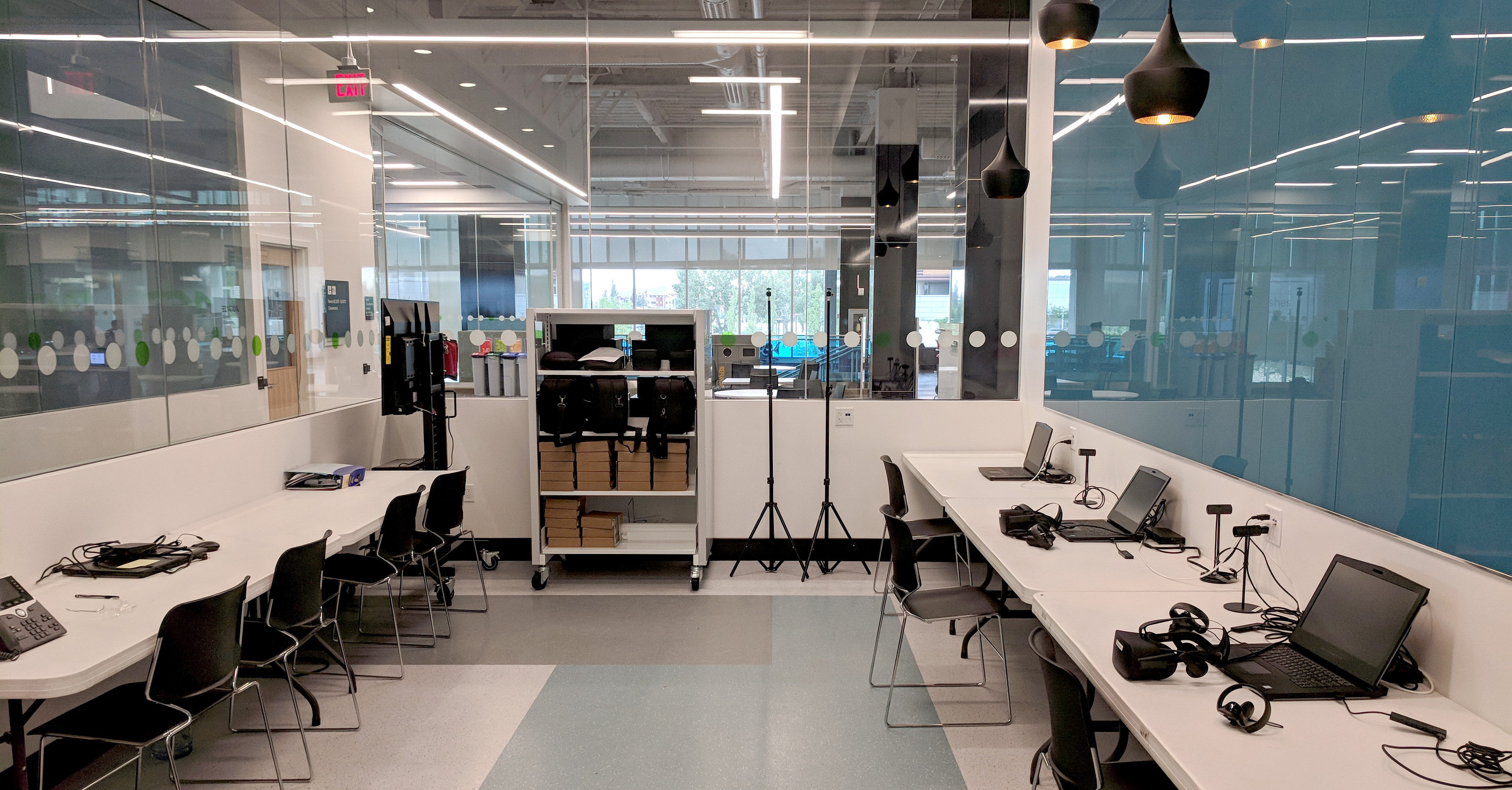 The primary 360° cameras being used in this guide are the GoPro Fusion & Ricoh Theta. These are both available for checkout from the Experience Lab. For more details about each of the cameras review the Beginners Guide° to 360 Cameras guide, the GoPro Fusion Guide or the Ricoh Theta Guide.

For this guide, we will use Adobe’s video editing suite, Premiere Pro. The computer’s in the Experience Lab and additional computers in the library have this software.

Once you have your final 360° video you have the option to share it through YouTube or locally on headsets.

360° photos can be viewed in various viewers such as:

Cameras capable of taking 360° photos / videos of your surroundings.